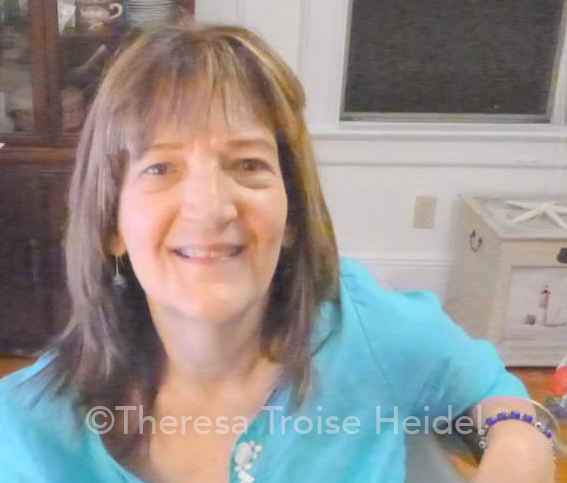 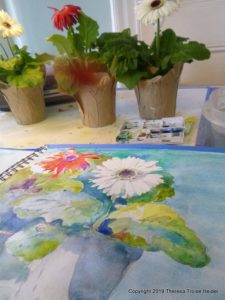 Theresa Troise Heidel is a graduate of Saint Peter’s College, Jersey City, New Jersey and undertook graduate studies at the Accademia di Belle Arti in Florence, Italy. She has exhibited at the Allan Stone Gallery in New York City and at many other galleries in the New York metropolitan area.

Theresa’s artwork has been published by American Artist Magazine on the “Watercolor Page,” and she was named one of the twenty emerging watercolorists across the nation by Watercolor Magazine in 2006. A former Second Vice President of the New Jersey Water Color Society, she has exhibited at The National Arts Club, New York City with the Catharine Lorillard Wolfe Art Club, of which she is an elected member. She has also exhibited with the Transparent Watercolor Society of America at the Bloomington Arts Center, Bloomington, Minnesota.

Fifty six of her watercolors have been published in a series of coffee table books titled To the Shore Once More, Volumes I and II and Long Beach Island Rhapsody, published by Jersey Shore Publications, Bay Head, New Jersey.

Theresa is an Artist in Residence with Cunard Lines and is currently represented by Jersey Shore Moments in Manasquan.

Theresa has done many watercolor workshops and demonstrations in the New Jersey and New York metropolitan areas. She is also available for private lessons and portfolio preparation.

All Works Copyright Under Law By The Artist And Cannot Be Used Without Permission From The Artist. Works are available for purchase by contacting Theresa Troise Heidel.

To contact Theresa about any of the works please email theresatroiseheidel3@gmail.com